Olivia Krcmar is pretty happy to be back in the red jersey of Oatley FC and playing MiniRoos with her u9 teammates.

Olivia has been playing MiniRoos since she turned six with Oatley FC in Sydney.

“When I saw everyone else playing, I really wanted to play,” she said.

“When I first played, I felt like I really wanted to do it over and over again.  I got to play with my friends, work together and score a lot of goals!”

At Oatley, Olivia plays up front for her team.  While she likes to get the ball in the back of the net, her favourite part of football is who she gets to play with.

“I think we are really good together,” she said about her team.  “We try and pass to different people, so they get a turn.”

We get to know each other more and more and then we can work better together more often.”

“We can all have a turn and we don’t have other people in the team feeling left out.”

In the practice match against Forest Rangers, Olivia’s hard work and her teamwork saw her named by her coach Nick Socratous as one of the Players of the Week.  After the game Olivia was happy about the medal and the kind words from her coach.

“When I score a goal, I feel excited, so I try and do it again.  If I can’t and someone else is next to the goal, then I pass to them instead so they can score the goal.”

“I like Nick. He is a really good coach because he encourages us to keep going and going so we don’t give up.” 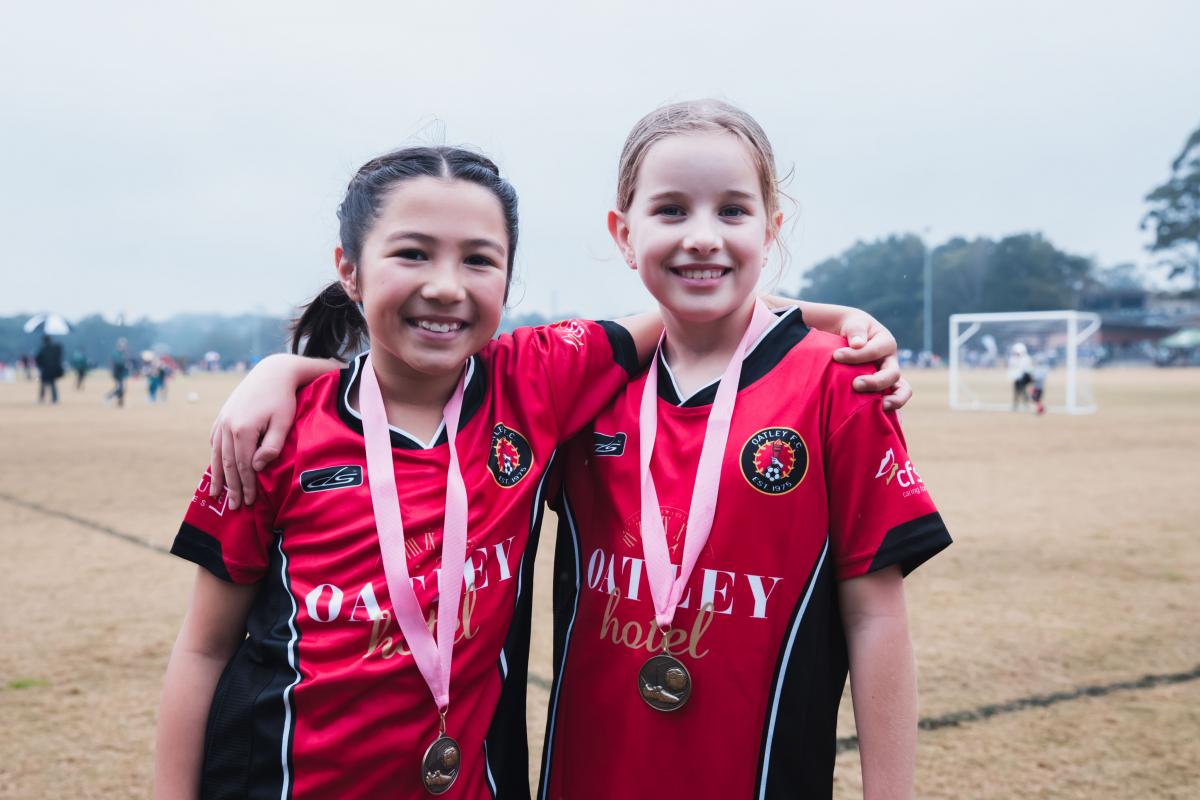 Heading home after the match, Olivia will be back practicing in the backyard with her older sisters Alegra and Eva.  They also both play football at Oatley and from playing with her sisters, Olivia thinks she has become a better player.

“Well, we don’t play soccer in the house, but we play in the backyard!”

“It’s pretty fun because we are together.  We can gain more skills and strength and it makes us better when we go to our teams.”

As Olivia gets ready for her next game of MiniRoos, she wants other kids to join a team and experience the fun she has.

“You can learn more things; you can have fun and you meet good friends.”

Do you know a great MiniRoo with a love for football? Submit their story and they could feature in the next MiniRoos in Profile.

In the event of Wet Weather please call the appropriate Council number to find out latest details regarding ground closures.

There are no upcoming events at this time.